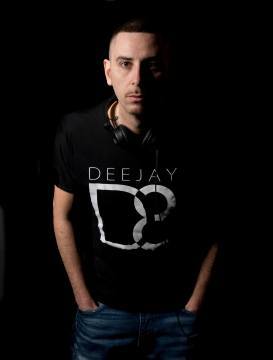 DJ D8 is an Italian DJ born in Trieste, Italy. He began his career in 2006 playing in small venues, but with his passion for music and success his ambition pushed him forward causing him to standout amongst the other DJ's.

He plays a huge variety of Hip-hop, R&B, Reggaeton and Pop along with other genres.

D8 has played at many clubs in some cities in Italy such as: Trieste, Udine, Aviano, Vicenza, Milano, Torino, Terni, Foggia, Lignano and many more.

DJ D8 is a source of inspiration, freedom, passion and now becoming a daily requirement to the publics enjoyment for parties, festivals and events.

He is fueled by the participation of his audience and their response to him spinning the hottest records on the 1's and 2's. D8 recognizes the important elements of business and creating awareness for himself and others. He plays a major part in branding The Eclypse Oils Group (Eclypse Body Oils/Eclypse Modeling) with the founder Winnick Blain of Miami, Florida. He has also landing a premier position with Empire Radio Magazine as the International DJ with Shawn Weigh (Jay Shawn) of the South Bronx of New York City.

Book DJ D8 at bookdjd8@gmail.com for your next party, festival or event!!

Today my mixtape on datpiff is on "hot this week"

Thanks for your continued support

For who yet don't know my page follow the direct link : DJ D8

A SPECIAL AFROBEATS PARTY IN TRIESTE

ROCK OUT WITH DJ D8 @ BOBE'S THE GETAWAY - AVIANO

Update Required To play the media you will need to either update your browser to a recent version or update your Flash plugin.
Download Download
Back
You Tube
Back